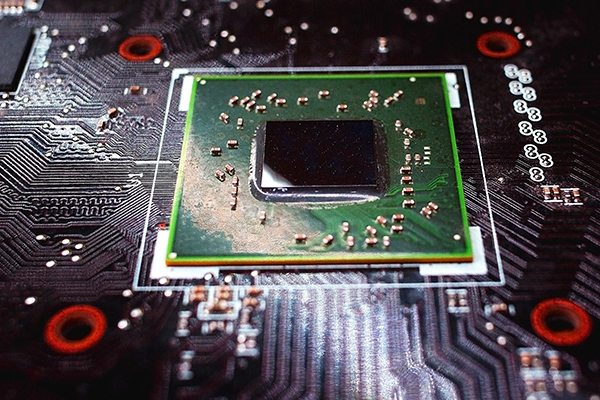 Although Intel has been and continues to be an industry leader in many computing arenas, their chipset development seems to have stalled for the better part of a decade. For example, Intel hasn’t seen a transistor shrink since 2014, allowing Apple, Samsung and AMD to pass them in performance in the past five years. However, that seems like it’s about to change.

With many delays, a 10nm chip was supposed to be released in 2015 but has been pushed back annually, missing its most recent target of the 2019 holiday season. However, it appears that they’ve finally made a breakthrough.

Intel recently announced the development of their 10nm “Tiger Lake” chip, claiming substantial performance was on the horizon. Designed to replace Ice Lake and Comet Lake, executive vice president Greg Bryant claimed that Tiger Lake would offer “double-digit” performance increases over chips from its previous generation. The primary advantages appear to be in graphics performance, with the presumed inclusion of Xe graphics cores. Although Intel has been short on details regarding the advanced chip, it allegedly boasts new CPU core architecture, a new X*Graphics engine and NextGen I/O technology, in addition to the revolutionary graphics advancements. It should be commercially available by the end of 2020, although some estimates place it at being on shelves by mid-summer.

The computer giant also announced the culmination of a furious effort to develop its second-generation Xeon scalable chips, with primary advancements shown in processing speed. This chip forms the cornerstone of athlete-tracking technologies that will be used in the next summer Olympic games, and the statistics are nothing short of impressive. When the project began in 2017, the volumetric video capabilities were able to capture a single frame in 30 seconds. Now, the company claims, Xeon allows them to capture 30 frames per second, orders of magnitude beyond the prior generation.

The Xeon chipsets are offered in two lineups. The first is a 14nm chip founded on the Cooper Lake design; the primary advantage here is a higher clock speed optimization. The second lineup is built on a 10nm Ice Lake architecture, with optimization designed around its architecture and offering several advanced features. However, Intel has been quiet on precisely what those features will entail.

Recent revelations have confirmed that Comet Lake, rather than being rendered obsolete by Tiger Lake, will be further developed and split into two primary offerings. The first is a 14nm desktop chip, known as “Comet Lake-S” targeted at high-end desktop fronts. The second is a 10nm chip on the Comet Lake product line that will leverage its lower energy requirements to power lower-end quad-core segments. The first motherboards powered by these new Comet Lake evolutions (Z490) are projected to be announced by May of 2020, with Comet Lake CPUs likely being released soon after; because these new chips are incompatible with existing motherboards, it makes sense that releases would occur in this order.

In other news, Intel had begun design on a 10nm Next Unit of Computing (NUC) built on the Cannon Lake architecture, but recently confirmed that these had been canceled and production efforts had transitioned to either an Ice Lake or Tiger Lake design.

Beyond these developments, there is quite a bit of speculation regarding the future evolution of Intel chipsets. Their desktop roadmap, for example, projected Comet Lake to appear in 2020 and Rocket Lake to make its debut in 2021, with a 7nm chip targeted for development by 2022. However, CEO Bob Swan confirmed that they were ahead of schedule and had advanced the timeline, projecting a production start date sometime in the fourth quarter of 2021. A press release stated:

“Intel’s 7nm process technology [will] deliver two times scaling and is expected to provide approximately 20 percent increase in performance per watt with a four times reduction in design rule complexity. It will mark the company’s first commercial use of extreme ultraviolet (EUV) lithography, a technology that will help drive scaling for multiple node generations. The lead 7nm product is expected to be an Intel Xe architecture-based, general-purpose GPU for data center AI and high-performance computing. It will embody a heterogeneous approach to product construction using advanced packaging technology. On the heels of Intel’s first discrete GPU coming in 2020, the 7nm general-purpose GPU is expected to launch in 2021.”

How these timelines actually work out, particularly with COVID-19’s broad economic global impact, remains to be seen. What seems apparent, however, is that Intel has finally caught up and appears to be accelerating, with no intention of slowing down.

For information on how Dynamic’s technology solutions can help your business, contact us at 866-399-1084 or info@dccit.com.