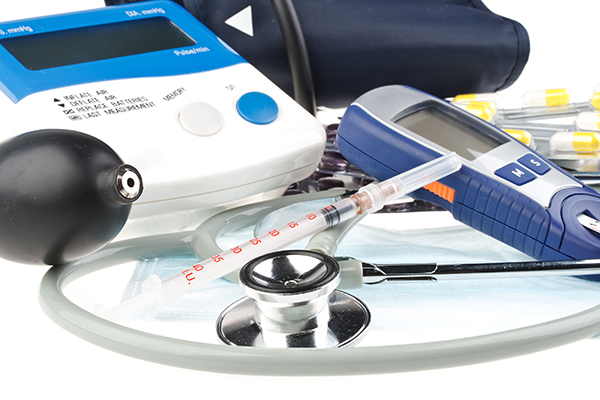 All medical devices are classified as either reusable or single-use items. These devices range from Class I non-invasive items like pulse oximeter sensors, tourniquet cuffs and sequential compression sleeves to Class II minimally invasive surgical instruments such as forceps, scalpels, orthopedic blades and cautery electrodes. (Class III invasive items are exclusively classified as single use.)

Whether a device is classified as single-use or reusable is primarily determined by a single factor: whether the manufacturer has invested the time and resources to demonstrate to the FDA that items can safely be reprocessed at the hospital level. If they can, they’re classified as reusable; if not, they’re single-use devices.

Reprocessing single-use medical devices involves sterilizing, disinfecting, cleaning, remanufacturing, testing, repackaging and relabeling a device that has been removed from its original packaging. Often these have been used, but sometimes they’ve only been opened but cannot legally be stored for later use.

Is It Safe to Reuse Single-Use Medical Devices?

On its surface, this seems to be an unsanitary and even dangerous concept. Many medical professionals resist the practice, which is a primary driver of the relatively low reuse rate. To fully understand whether the approach is safe, it’s critical to dig into the process.

The FDA has determined that for a single-use device (SUD) to be reused, it must be reprocessed by a qualified reprocessor and meet the same standards as the original device had to achieve when manufactured. Approximately two percent of all SUDs are eligible to be reprocessed by a licensed commercial vendor.

Any company that reprocesses SUDs must include cleaning and sterilization methods that have been validated by the FDA. Remember: a single-use device is not labeled as such because it cannot or should not be reused; it’s labeled as a SUD if it cannot be reprocessed at the hospital level.

Concerns over the safety of reusing SUDs drove an independent 2008 Government Accountability Office (GAO) investigation that examined more than 320,000 adverse events that had been filed with the FDA between 2000 and 2006. Of these, only 65 “actually involved or were suspected to involve a reprocessed SUD and that the reprocessed SUD was one of several possible causal factors in the adverse event. In reviewing these 65 reports, FDA found that the types of adverse events reported to be associated with the use of reprocessed SUDs were the same types of events that were reported for new devices.”

In other words, effectively reprocessed SUDs appear to be no more dangerous than the original, unused items. However, this is not universally true; reprocessors have attempted to reuse some SUDs that should remain single-use items. A 2018 study jointly funded by 3M and Healthmark Industry found that 58 percent of flexible bronchoscopes still had microbial growth. All of the examined devices displayed visible irregularities such as scratches, residue, damaged ends or some debris within the bronchoscope. This is a clear example of a type of item that should not be reused.

In 2018, reprocessing SUDs saved hospitals $471 million. According to the Association of Medical Device Reprocessors, more than 8,800 surgical and healthcare centers in the U.S., Europe, Canada, Japan and Israel use reprocessed devices. According to the FDA, the most commonly reprocessed SUDs include:

Reprocessing SUDs prevented more than 7,100 tons of waste from being created by hospitals in 2018, a critical factor when considering how these healthcare facilities can reduce their environmental footprint.

However, these benefits are not always applicable. In the 2018 3M/Healthmark Industry study, brand-new, sterile, single-use bronchoscopes had a list price of $300; reprocessed items, however, cost between $281 and a jaw-dropping $803.

Healthcare providers should review each type of single-use medical device and carefully consider whether purchasing reprocessed SUDs is safe and cost-effective. They should also insist upon the highest sanitation standards and look for reprocessors who demonstrate a commitment to exceeding the FDA requirements. When used effectively and appropriately, medical device reprocessors offer demonstrable value to the healthcare supply chain.