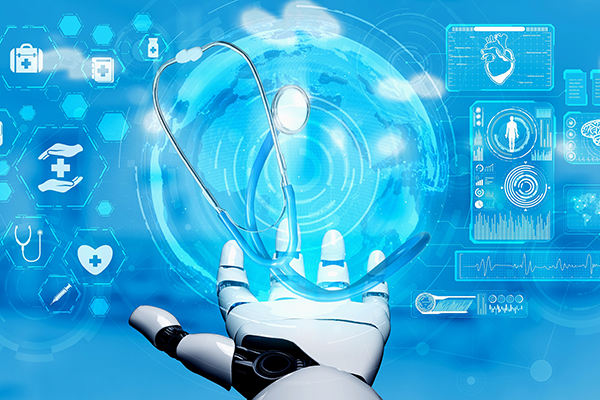 The Rise of Artificial Intelligence in Medical Devices

Artificial intelligence and machine learning offer the potential for tremendous improvements in every area of our lives. Healthcare is no exception, and technological innovationists have been eager to develop increased capabilities and efficiencies through incorporating AI into medical devices. Although this is still a developing field, tremendous progress has already been made in a number of areas, with promising results for the future.

Machine learning monitors recurrent situations and learns from its own experiences. This makes it the perfect candidate for any scenario where constant monitoring of persistent conditions is a priority, and that frequently occurs in healthcare. One example of this is patients who deal with diabetes, one of the most common lifestyle diseases in the world.

Medtronic is a pioneer in this area; in 2016 and 2017, the company released an app and device that leverage technology to help diabetics improve their quality of life. The Sugar.IQ app continually monitors glucose levels with AI, then delivers personalized messages to the user in real-time, letting them know how various choices have impacted their blood sugar levels. The app is complemented by the MiniMed 670G system, which is programmed to adjust baseline insulin levels every five minutes, replicating how the pancreas would typically respond. The device uses data-driven algorithms derived from diabetic patient information, then employs machine learning to customize responses.

Patient monitoring in critical care settings is an even higher priority for healthcare providers. Phillips Healthcare has created a wearable patient monitoring system that employs AI to predict when a patient is in danger of experiencing a critical event. The device can notify healthcare providers who might be down the hall in a long-term care facility, or much further away in a home health situation. An independent study of the efficacy of this device was conducted in 2015 in an emergency room setting. Four out of every five patients (79 percent) who used the device were able to be discharged from the hospital without having to be admitted. Nearly 70 percent of doctors who employed the system felt it was easier to identify patients with acute medical needs.

Early detection is a critical aspect of fighting disease, and GE Healthcare and NVIDIA have partnered to improve imaging technology with AI. Computerized tomography (CT) scans combine images from multiple X-rays simultaneously. NVIDIA has developed algorithms that identify small patterns of organ damage and then digitally reorganize them to draw a physician’s attention to anomalies. Without this adjustment, these relatively minor errors could be missed by a simple visual inspection of the results. This means patients wouldn’t be accurately diagnosed until problems grew larger and worse.

The Surgical Advantages of AI

Although human surgeons still perform nearly all surgical procedures, artificial intelligence has a promising future in several areas. AI can improve the speed and quality of suturing, a substantial element of most surgeries. The advantages involve more than simple convenience and can directly contribute to decreased surgeon fatigue, which drives better results. In some operations, suturing is one of the most critical elements. For example, with abdominal and colorectal surgeries, 20 to 30 percent of patients currently experience “leakage” around surgical seams, which increases patient risk, cost and can lead to life-threatening complications.

AI can improve the performance of human surgeons by objectively evaluating techniques. Traditionally, this has been a somewhat subjective endeavor where trained surgeons evaluate other doctors on their methods. In 2016, a study was presented at the World Congress on Engineering and Computer Science to demonstrate how surgeons’ procedures could be independently evaluated against healthcare best practices on six different criteria, including:

If surgical techniques could be monitored and evaluated against all other surgeons, then the overall standard of care could be improved by orders of magnitude. Each doctor could receive customized feedback specific to each aspect of their techniques, and errors could be more quickly pinpointed, decreasing—and often, preventing—subsequent complications.

The Future of AI in Medical Devices

The core of any scientific process is rigorous adherence to best practices, followed by observing any anomalies or deviations from established standards. Artificial intelligence and machine learning have tremendous potential to magnify our capabilities in all healthcare areas, from earlier and more accurate diagnoses to a higher level of care in treatment. AI is already proving its worth in numerous devices, with potential developments filling the horizon.