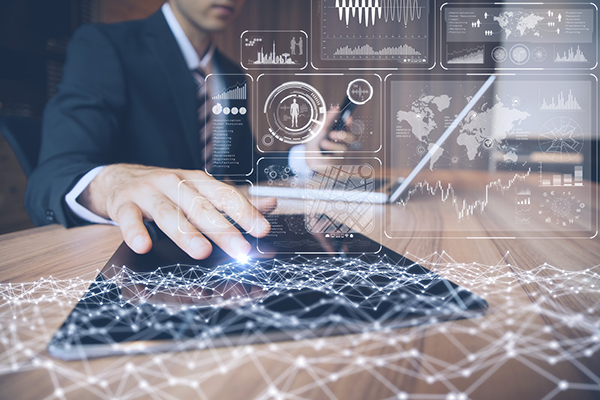 Exploring Tech Innovations of the Future

For the entirety of human history, seemingly minor technological developments have revolutionized the world for all subsequent generations. The invention of the wheel. The development of paper. The printing press. The internal combustion engine. Manned flight. Vaccines. The internet. These are just a sample of disruptive technologies that have positively shaped our world. In this article, we’ll look at a few futuristic innovations that are being developed today with the potential ability to shape the landscape of tomorrow.

The invention of paper itself was a tremendous advancement, allowing humanity to record and share information on a scale it had never experienced. Electronic screens and their ability to rapidly transmit a variety of data and images was another technological revolution. The next step forward is combining these technologies into electronic paper, or e-paper.

There are several e-paper technologies, but the core principle revolves around titanium dioxide particles suspended in a hydrocarbon oil between two films or plates. A dark-colored dye is added to the oil, and the particles are given an electric charge. When voltage is applied to the two films, the particles migrate to one or the other depending on the nature of the charge. The particles appear white when attached to the viewing side and dark when attracted to the rear film.

E-paper is extremely low voltage, requiring no charge to maintain once the image has been set. Because it mimics natural paper and does not emit light, it reduces eye strain and can be seen easily in bright sunlight, making it perfect for outdoor signage. Other applications include public transportation timetables, remote advertisement boards and dynamic digital signage. Electronic paper can be solar-powered and manipulated remotely, making it a trailblazer for how information is communicated.

In 2000, 20 percent of data was digital, while the rest was analog. By 2015, that had shifted to 98 percent digital and a mere 2 percent analog. All of this information can be captured, painting a fascinating and intricate picture of human behavior. Companies like Google and Facebook are frontrunners in recording and interpreting this flood of information. The possibilities of what we could do with it are endless.

Picture a world where medical researchers could look into a dataset comprised of millions of subjects and control for any environmental factor imaginable. They could pinpoint disease causes, transmission rates and at-risk populations without conducting any further research. In a business world, effective use of big data could create email filters that would prevent you from receiving messages except those you needed to see. Traffic signals and dynamic routing could substantially decrease commute and emergency response times, saving lives and providing a noticeable boost to the economy.

Associated technologies like the Internet of Things (IoT), machine learning and artificial intelligence (AI) are rapidly accelerating what big data can do. The IoT is comprised of billions of sensors across the world connected via the internet, from the thermostat in your house to smartwatches that capture an abundance of healthcare data. Machine learning is a computer’s ability to improve its performance over time, based on learning from its experiences. AI allows machines to begin to think for themselves based on their core programming and what they’ve discovered via machine learning. When combined with big data, our ability to observe, interpret and learn from the world around us accelerates exponentially.

Augmented reality (AR) is when 2D or 3D images are superimposed on the real world. Well-known examples include the revolutionary Pokémon Go game and Snapchat filters, which create interactive electronic experiences based on what’s actually happening in front of you. Virtual reality (VR) is a complete immersion into an artificial 3D world.

AR uses a camera to scan an area and convert it into a series of 3D shapes, where programmed computer responses can be overlaid and displayed. These responses can include objects, videos and sounds. VR works by using a headset to place an autofocus lens in front of each eye, creating a 100- to 180-degree field of view. Accelerometers, gyroscopes and magnetometers fix the headset’s position relative to the real space around you, allowing the computer to alter your visual and audio experience as you move and look around.

In applications that go far beyond entertainment, AR could transform the way medical procedures are completed by assisting doctors with tools and information far beyond what they could see with naked eyes. VR could revolutionize any training or educational environment, allowing students to experience things they could never have otherwise.

The Future is Bright

Each of these technologies already exists in a commercial or business application. They’ve proven that they’re here to stay and are not done evolving. The possibilities are virtually endless and create a promising outlook for the future of healthcare, education and business.