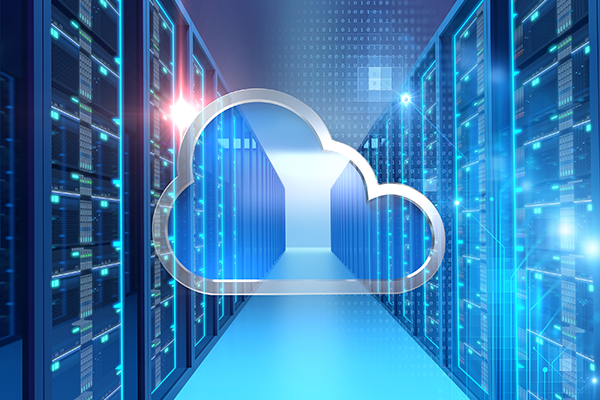 Cloud computing has been growing at an exponential rate: seven times faster than overall IT spending growth, and with a compound annual growth rate of 18 percent. Although these numbers are significant, they’re hardly surprising due to the numerous advantages provided by working from the cloud. As with any new technology, however, we should be cautious in overestimating its ability to eliminate on-premise data centers and computing capabilities completely.

What’s Moving to the Cloud

A recent survey of 550 executives found that nearly one in four (38 percent) stated that their IT departments are under pressure to migrate all applications and infrastructure to the cloud. This is an excellent move for younger, smaller companies that are just beginning to accumulate data and can build a virtual foundation that will be sustained for years or even decades to come. Moving to the cloud also creates efficiencies for teams that have been designed from the ground up to be a virtual corporation.

Some industries are more prone to leveraging the advantages of cloud computing heavily. Enterprises working with newer technologies, such as blockchain, machine learning and artificial intelligence are uniquely suited for the cloud. Some of the more innovative divisions of established companies are also transitioning to almost exclusively use this technology, such as those working with streaming data, data analytics and big data.

One of the critical “on-ramps” for a virtual transition of this scale is regulatory requirements. Although the cloud offers numerous advantages over on-prem computing, higher security capability is not one of them. Physically storing a company’s data in a physical location hundreds or even thousands of miles away introduces a host of potential cybersecurity concerns. Businesses in the entertainment, travel, media and logistics arenas, however, have regulatory oversight levels that match the current security capabilities guaranteed by cloud providers.

Although the survey mentioned above indicated a considerable move toward the cloud, even more executives (56 percent) indicated that they plan to stick with their on-premise systems for the time being. A substantial portion of those (40 percent of the total pool) stated that they are too dependent on mission-critical legacy systems to transition to cloud architecture at any point in the near future.

Legacy assets form one of the cores of data that will likely stay on-premise through the end of their lifecycle. Even if migrating these capabilities was possible — which, in many cases, it isn’t — the cost and downtime associated with such a transition would be prohibitive and negate any potential advantages a company could gain. The more closely a legacy application interacts with other applications that must remain on-premise, the more likely those computing capabilities will stay where they are.

High-security information or data covered by elevated regulatory requirements is also a substantial cornerstone of on-prem data centers. In some instances, just the possibility of public exposure prevents the consideration of remote computing practices. Sometimes the nature of the data is less a consideration than the sheer magnitude of it. Applications that routinely work through significant amounts of data are more likely to remain physically co-located with the operators that use them.

Business leaders must consider the price tag for both uploading the data as well as walking away with it. Some cloud providers drastically lower ingress costs but charge a premium if a company ever decides to go a different route with their services, and this cost can rapidly balloon based on the size of the data being considered for migration. Calculating full lifecycle costs is something that cannot be downplayed when considering long-term profitability.

Making the Decision to Switch

Cloud computing offers numerous advantages: decreased maintenance requirements and expense for hardware components; lower personnel costs for system administrators to install, maintain, upgrade and repair equipment; and a lower premium for unused data capacity. Entrepreneurs at the dawn of their company’s lifecycle should heavily consider building a foundation in the cloud, so later, large-scale migrations will be lessened or even precluded.

Established corporations that have historically relied on on-premise data have a more difficult, multifaceted set of considerations. On the one hand, there are significant potential savings offered by cloud computing, but on the other are the potential expenses caused by downtime, data egress and upgrading or replacing legacy applications that still function in an on-prem environment. Migrations don’t need to be an all-or-nothing situation, however, and certain business divisions (such as those geared toward rapid national or global expansion) could benefit greatly by moving their data off-premise.

Moving to the cloud offers numerous advantages, but business leaders should be cautious in viewing it as a cure-all. Security, finances, legacy systems and computing speed ensure that on-premise data centers aren’t going away anytime soon.