Let Confidence, Not Fear, Guide You to the Right Suppliers

Some years ago, at an industry conference, the direct marketing guru Herschell Gordon Lewis told his audience that, in all of his many years in business, he had found only five true motivators for business-to-business purchasing of goods and services.

One key motivator, he said, is pride. The buyer simply wants to have the very best products, and work with the very best suppliers – often as a reflection of the buyer’s own strived-for excellence.

Another motivator can be guilt. That is: “This provider once bent over backward to help me out with an urgent need. Now may be the time repay the favor.” This, as I recall, was Lewis’s least common motivator – but occasionally a compelling one.

Sometimes a B2B buyer may want to feel part of a community.
For example, a graphic designer friend once told me that all other graphic designers he knows use Apple devices and Adobe’s Creative Suite software. To use anything else, he said, would basically bar you from “the club.”

Interestingly, though, this same example points to another B2B motivator: exclusivity. Graphic designers generally like to feel like they’re at least somewhat different from others – and so, for many years, they were among the only business people using Apple devices on the job.

Yet it’s the fifth B2B motivator, per Lewis, that has historically been the most powerful.

The B2B buyer may, for example, fear making the wrong choices in products or services … fear seeing that these faulty devices and this less-than-adequate support are causing breakdowns in their operations … fear that the resulting bad word of mouth will bring damage to the company’s hard-won reputation … and, ultimately, fear losing his or her job as a consequence of these unwise choices.

It’s hard to argue with Lewis on this point. Fear can indeed impel business people to play it safe and pull in the reins when perhaps they should be exploring new avenues, considering fresh alternatives, and strategically innovating instead.

Here at Dynamic, we prefer to take a more positive view of the IT buyer’s motivation. Yes, fear can be a big B2B motivator … but it’s confidence that our customers mainly want and need. Finding just the right suppliers – whether for IT or any other critical business needs – should make the customer feel, not fearful of failure, but confident that they have made the smart business choices. They can confidently expect success from their purchases.

Confidence is what we constantly strive to provide to our customers. It’s key to our mission to help organizations take the worry out of IT. 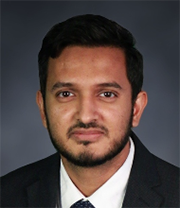